The Doreen Ingrams Scholarship Fund was established by Leila Ingrams in 2004 to support female Palestinian students, with priority given to those with special educational needs.

After her death in March 2015, the Fund was renamed in order to honour the legacy of Leila as well as that of Doreen.

Today the scholarship relies on the ongoing support of the Ingrams family, and the generosity of colleagues and friends of Leila and the wider family.

Doreen and Leila have been inspiring and exemplary voices of compassion for women students who are the future of their communities in Palestine and beyond. As a trustee and member of the extended Ingrams family, I find it important that this fund shows solidarity with those who live daily in the face of political and societal challenges and are aspiring to live more fulfilling lives.

On behalf of the Ingrams family

Given the challenging political and economic situation, and living under occupation, many Palestinian students are deprived of the right to education.

I feel contented and happy that after making a huge effort at high school, I am able now to fulfil my dream of studying at Birzeit University, and pursuing a bachelor’s degree in Finance.

Offering scholarships to Palestinian youth will ensure that they continue their educational journey.

Doreen Ingrams enjoyed a rich and varied career which took her from the London stage, where she started out as an actress, to Southern Arabia, and the corridors of power in Whitehall, where she would become a tireless advocate for Arab causes.

Doreen was born in 1906, daughter of the Liberal Home Secretary, Edward Shortt MP. She began her career as an actor by joining a repertory company which staged classical and contemporary productions around the UK. In 1930 she joined her husband, colonial administrator Harold Ingrams, on his first posting to Mauritius. Four years later, the couple moved to the British colony of Aden (modern-day Yemen) in South Arabia. It was during Harold's tenure as Reisdent Adviser in the Hadhramaut that Doreen acquired an intimate knowledge of the living conditions of the local population.

Arguably the high point of their stay in the Hadhramaut came when Doreen and Harold, working together with local leading personalities, helped to broker a general truce between local communities who had been in conflict — known as ‘the Ingrams Peace’. Based on her extensive research into the region, its social geography and people, Doreen contributed to the pioneering Report on the Social, Economic and Political Condition of Hadhramaut (1935), the earliest Western study of its kind, and later authored Survey of Social and Economic Conditions in the Aden Protectorate (1949). 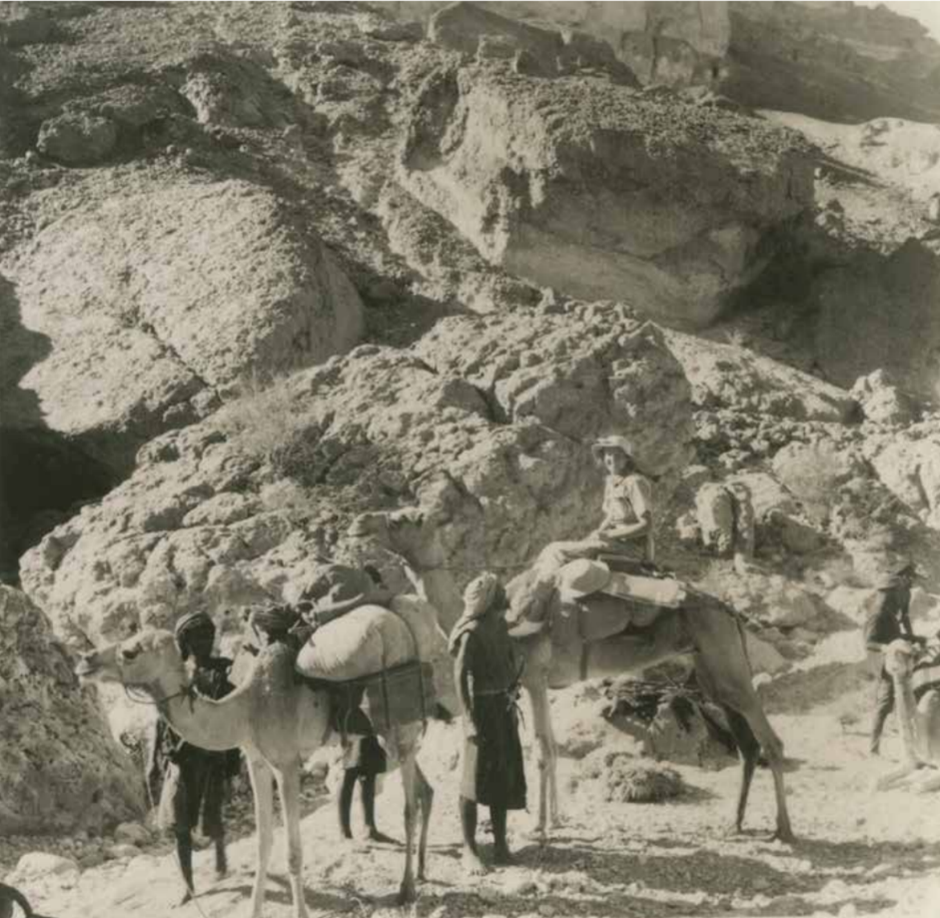 On returning to the UK, Doreen joined the BBC Arabic Service and continued to travel widely across the Arab world, where she would research material for programmes. Following her retirement, she continued her writing and turned her attention towards the injustice suffered by the Palestinian people, which was an issue she had long been concerned with. Her influential book Palestine Papers 1917-1922: Seeds of Conflict (1972) drew on colonial records to illustrate Britain’s role in the dispossession of the Palestinians. She became a founder-member of the Council for Arab-British Understanding (CAABU) and was later presented with an award by the Arab Club for her ‘outstanding contribution to the promotion of Arab-British understanding’. The pioneering research she conducted with her husband achieved further recognition when she was jointly awarded the Gold Medal of the Royal Geographical Society and the Lawrence of Arabia Medal of the Royal Society for Asian Affairs, in addition to the Sir Richard Burton Medal of the Royal Asiatic Society. The final book she published was the exhaustive, 16-volume Records of Yemen 1798-1960 (1993). A collaboration with her daughter Leila, the text is a significant and fitting legacy for a woman who devoted her life to fostering understanding towards Arab history, politics and culture. 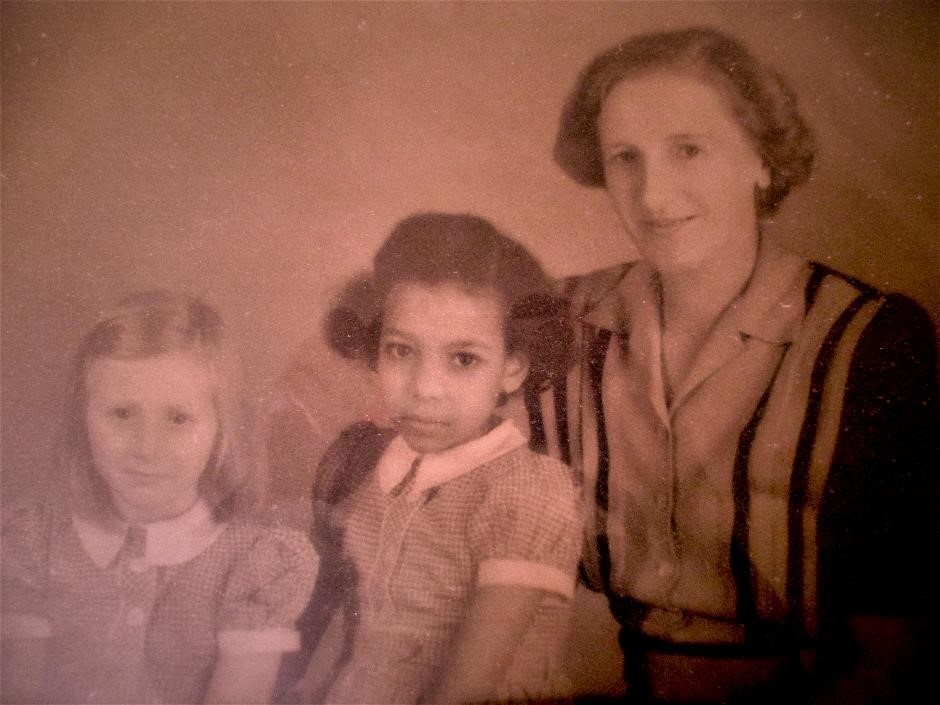 Born in 1940 in Cairo, Leila spent her early childhood in Southern Arabia, in Aden and al-Mukalla, where she inherited from her parents a deep knowledge and passion for the region. She travelled extensively across the region with her parents and her sister Zahra as a young child, chronicled by her father in Seven Across the Sahara: From Ash to Accra (1949).

After completing her studies in Paris, Leila moved to London where she worked for CAABU, and dedicated herself to advancing the Palestinian and wider Arab cause for justice. This was to be a commitment she would maintain for the rest of her life. 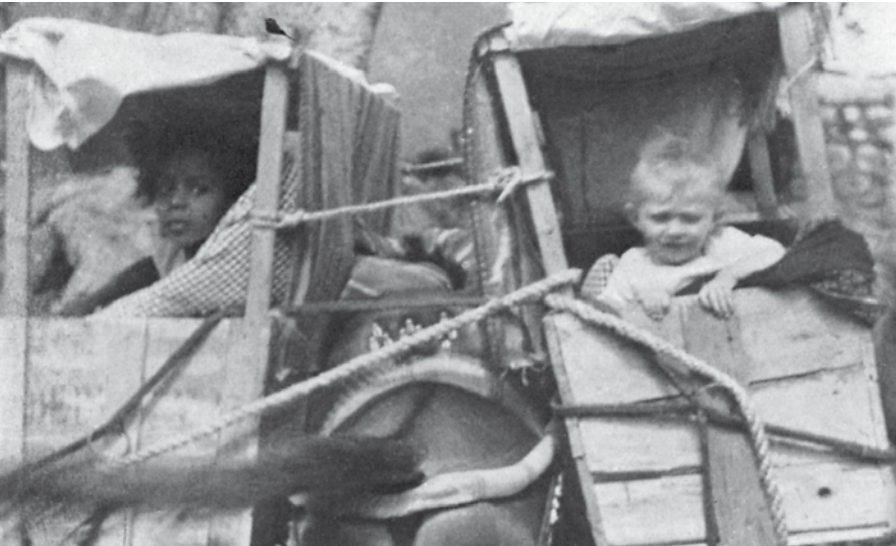 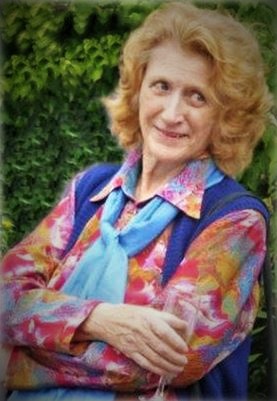 During the 1970s, Leila lived and worked in Oman. Following her return to London, she dedicated more time to her research and writing, focusing on her long-term interest in the history and culture of Ethiopia and Yemen. With Richard Pankhurst, Leila published Ethiopia Engraved (1988) and began work with her mother on the multi-volume Records of Yemen 1798-1960 (1993). She published numerous articles in academic journals which covered a breadth of themes, from Yemeni music to Somali migration. Her intellectual interests were truly diverse.

In her later years, Leila worked to advance British knowledge and understanding of Yemen, as well as stewarding her parents’ legacy.  Succeeding her mother as Patron of the Friends of Hadhramaut, Leila was actively engaged in organising educational and humanitarian projects in Yemen, alongside organising cultural events in the UK, such as the touring Focus on Yemen exhibition and the Yemen Film Festival in 2007.

In recognition of her own scholarly contribution, Leila was made a Life Fellow of the Royal Geographical Society, where she was an active member, promoting the culture and heritage of Yemen. In 2004 Leila set up the Doreen Ingrams Scholarship with Fobzu in her mother's memory. In 2018, the Ingrams family decided to rename the scholarship to honour Leila’s own remarkable legacy as well as that of her mother.

The Doreen & Leila Ingrams Scholarship was founded in honour of two tireless advocates for greater understanding in the UK of the Arab world, who both believed passionately in supporting Palestinians by providing them with educational opportunities