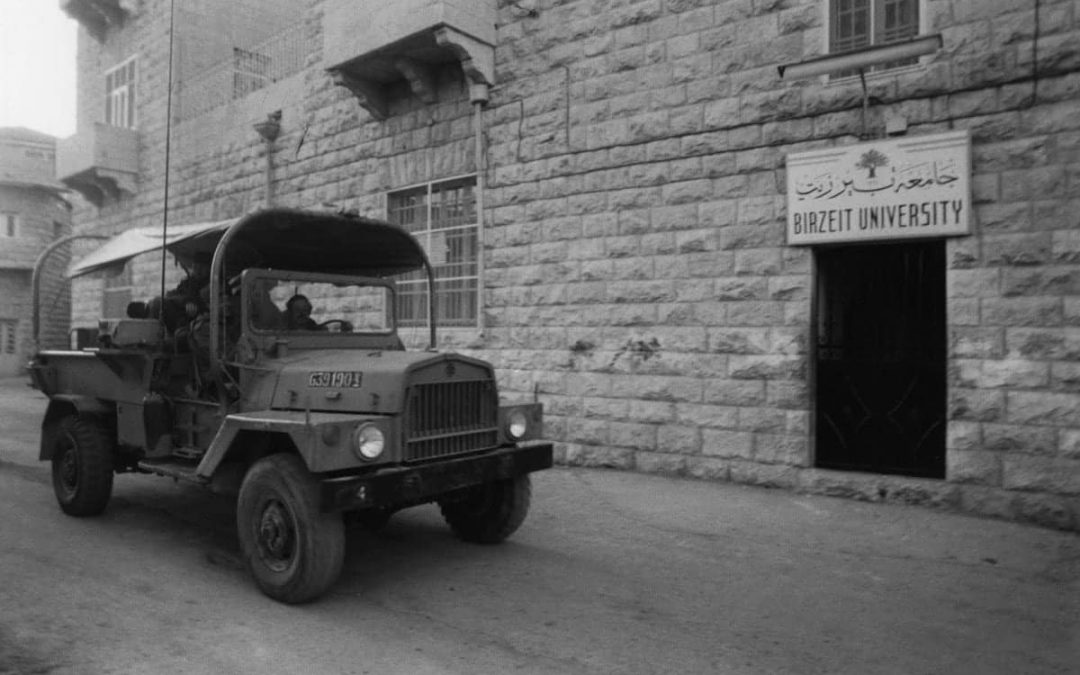 Fobzu and UCU in cooperation with Birzeit University

In March, Israeli military authorities issued a new directive governing entry and residence in the occupied West Bank. Implementation of the new policy, which represents a major escalation of repressive measures against Palestinian universities, has been delayed but is now expected in September. For the first time since Israel’s military occupation of the West Bank and Gaza began in 1967, Palestinian higher education institutions face a cap on the number of international faculty and students, including Palestinians without Palestinian Authority identity cards, that they may have attending universities each year. The new regulations will also require international students and faculty to demonstrate that they meet other criteria set by Israeli military authorities, breaching both Palestinian sovereign rights and the autonomy of Palestinian universities.

The President of Birzeit University, Professor Beshara Doumani and the founding director of Adalah – The Legal Center for Arab Minority Rights in Israel, Dr Hassan Jabareen discuss with Professor Mandy Turner (University of Manchester) the latest steps taken by the Israeli military authorities to isolate Palestinian higher education and their impact on Palestinian universities.

Professor Beshara Doumani is the President of Birzeit University and the inaugural holder of the Mahmoud Darwish Chair for Palestinian Studies at Brown University. His research focuses on the social histories of peoples, places, and time periods marginalized by mainstream scholarship on the early modern and modern Middle East. He also writes on academic freedom and the Palestinian condition.

Dr Hassan Jabareen is the founder and General Director of Adalah, a Palestinian legal center and human rights organization located in Israel. For more than 25 years, he has litigated scores of landmark constitutional law cases regarding the rights of Palestinian citizens of Israel, including on behalf of the Palestinian political leadership, and international humanitarian law cases concerning Palestinians in the 1967 Occupied Territory before the Israeli Supreme Court. He has received several awards for outstanding public interest lawyering and top human rights law prizes.

Professor Mandy Turner is Professor of Conflict, Peace and Humanitarian Affairs at Manchester University. She has previously served as Director of the Kenyon Institute in East Jerusalem. Professor Turner's research addresses themes related to the political economy of development, international interventionism, the politics of aid, decolonial knowledge production and Palestinian politics. She has published widely on these themes, with her recent publications including the edited book: From the River to the Sea: Palestine and Israel in the Shadow of ‘Peace,’ (Lanham, Maryland: Lexington Books, 2019), and the co-edited special issue (with F.P. Kühn) ‘The West and the Rest in International Intervention: Eurocentrism and the Competition for Order’ in the journal Conflict, Security and Development (19:3, 2019).