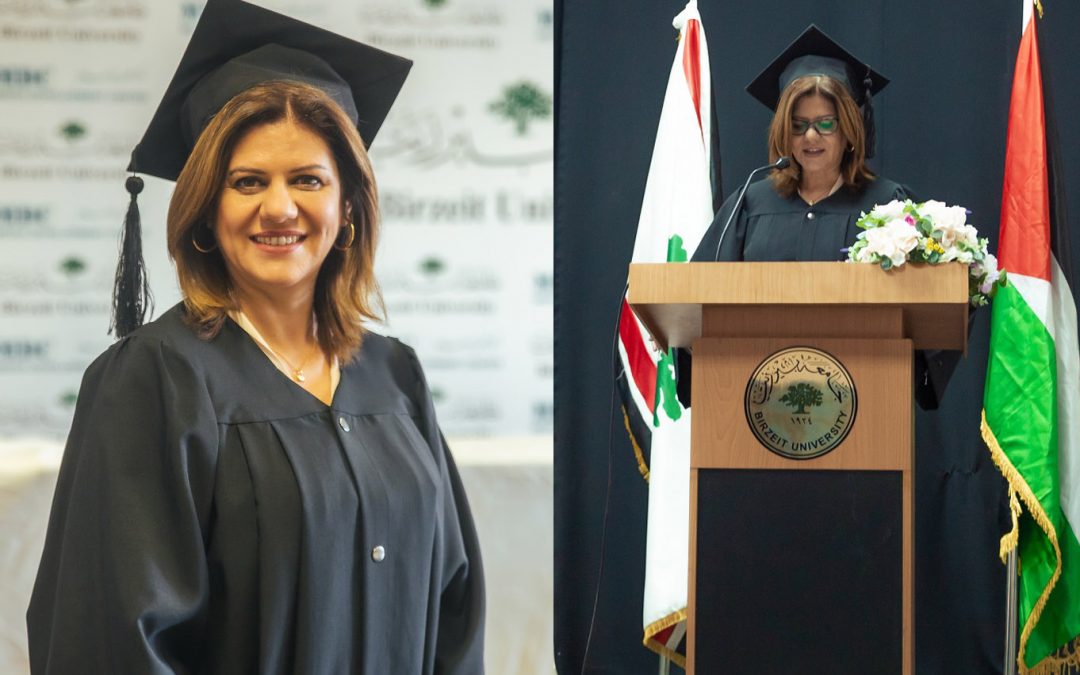 "I chose journalism to be close to the people. It might not be easy to change the reality, but at least I could convey their voice to the world."

On 11th May, veteran Palestinian journalist Shireen Abu Akleh was shot dead while reporting on an Israeli military incursion into Jenin refugee camp. A graduate of Birzeit University’s Media Development Center, she served a long and distinguished career, winning the admiration and respect of colleagues and audiences around the world. To honour Shireen Abu Akleh’s legacy and defend the voice of Palestinians under attack, Fobzu is establishing a scholarship for students in financial need to study media and journalism at Birzeit University, a regional leader in the field. Today, your gift could pay tribute to Shireen and the bravery of Palestinian journalists who risk their lives each day to speak truth to power.

Shireen Abu Akleh’s killing is not an isolated crime but comes amid growing use of systematic and excessive force by the Israeli military against Palestinians and a tightening of measures undermining Palestinian civil society. Journalists in occupied Palestine have been routinely attacked and killed, human rights organisations banned and protestors regularly assaulted. Students face the daily threat of violence, from arbitrary detention and torture to incursions by the Israeli military into campuses and attacks on university infrastructure.

A scholarship for Palestinian students of media and journalism is one way to support a new generation of Palestinians to represent their own experience, struggles and humanity, and convey their voice to the world. A leader in media and journalism education, Birzeit University is home to the highly respected Media Development Center, which is dedicated to the principles of media freedom, independence and pluralism. Last year, the Center won the UNESCO-Japan Prize on Education for Sustainable Development.

We need your help to support Palestinians’ access to education and stand by them as they continue to speak truth to power.

Please give a gift today. Thank you.