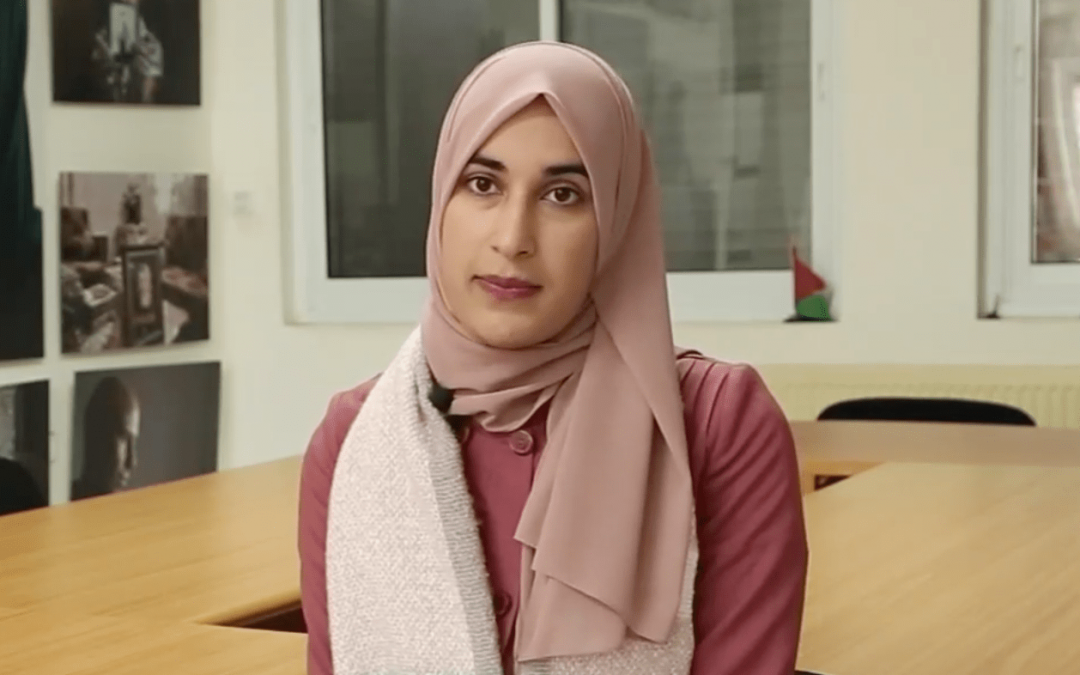 Administrative detention is a procedure that allows Israeli military authorities to detain prisoners for indefinite periods on no charge and without trial or access to the evidence against them. It has been used by Israel since 1967 to repress opposition to the occupation but it was introduced by the British Mandate in Palestine before 1948. Systematic use of this procedure violates Palestinian rights and breaches international law nevertheless Palestinian students arrested by Israeli military authorities are regularly subjected to administrative detention.

Shatha Hassan, a 22 year-old, was in her fourth year at Birzeit University studying for an undergraduate degree in psychology. She was an active member of the student union and subsequently elected as president of the student council, the official body representing all students at Birzeit. In the early hours of 12th December 2019, Shatha’s family home was raided by Israeli soldiers, she was arrested and taken to three different prisons. Three days later she appeared before a military court, accused by the judge of membership and activities in an unlawful association although Shatha and her lawyer were denied access to the evidence used against her. Shatha’s detention was extended to 72 days and renewed again for 3 months in March. She was eventually released on 21st May 2020 after spending over five months in jail.

During her detention, Shatha experienced the harsh conditions of Israeli jails. When first detained, she was held for a period in a cell without windows, washing or toilet facilities. Moved to another prison, she was placed in a room with a toilet that flooded ‘constantly’ in a wing where she was forced to hear the sound of distressing noises. When asked how cold the prison was, ‘biting’ was Shatha’s response.

Shatha Hassan’s case drew international solidarity by organisations such as Scholars at Risk but her experience is far from unique. Administrative detention is a routine practice used by Israeli military authorities that has been condemned by UN human rights experts. Through such arbitrary measures, the Israeli military courts system in the occupied territories routinely violates the basic civil and political freedoms of Palestinians, including rights of association, expression and education. This broader policy has been documented by international human rights organisations, including Human Rights Watch, but has been expanding.

Palestinian administrative detainees are boycotting Israeli military courts to draw attention to this issue. They are calling for international solidarity and support for their international campaign to bring an end to this unjust and arbitrary practice.