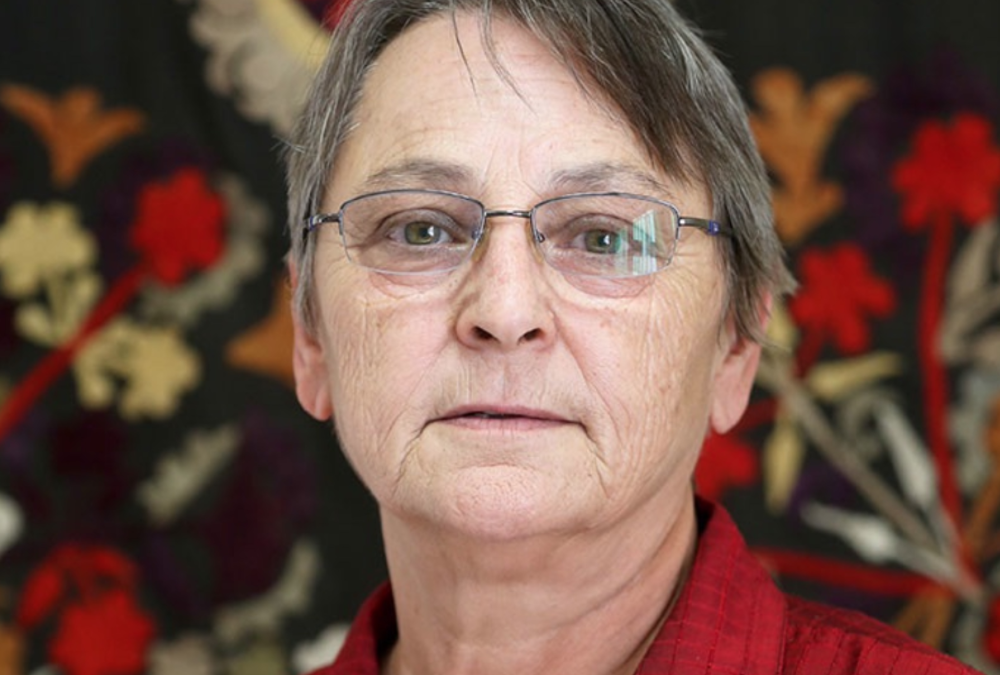 Dr Lisa Taraki is one of Birzeit University's longest serving faculty members, having taught for more than 43 years. She came to Palestine from Afghanistan via the United States and for more than four decades has epitomised Birzeit's commitment to academic excellence and service to the cause of Palestinian freedom. She has taught sociology, was a co-founder of Birzeit's Institute of Women's Studies and founding Director of the doctoral programme in social sciences.

You were born in Afghanistan and studied in the United States. What brought you to Palestine and to teach at Birzeit University?

Fate has its ways. After completing secondary school in Kabul, I traveled to the United States and lived there for close to ten years. In the first few years, I didn’t know any Palestinians, and had a cursory understanding of the Palestine issue. During my doctoral studies, I met a fellow student from Palestine, and slowly began to be drawn into the Palestine cause. The rest is history. In 1976, my husband and I decided to come to Birzeit, to “try it out.” As he is fond of saying, we are still doing that.

As a result of Covid, Birzeit University has had to close the campus to most students and now remains only partially open. This is not the first time Birzeit has had to close. Over the years Israeli military authorities have closed the university at least 15 times. What did you do to continue teaching at that time?

That is also part of my history. I remember teaching a seminar on the Iranian revolution in the kitchen of an apartment rented by the university in Ramallah. Other colleagues taught in churches, mosques, schools, and practically anywhere that could accommodate a class. We mainly taught graduating students, so as not to delay the completion of their studies. Still, most students’ graduation was delayed, resulting in a situation where many of the students were older than the young faculty like myself!

We lost many students who were at the start of their studies, and hundreds transferred to universities in Jordan, the rest of the Arab world, and beyond. I should note another prevalent practice during the 1980s, which was traveling to the towns and villages where students were forced to remain due to the imposition of house arrest or different forms of restrictions of movement. My husband drove to Gaza weekly to help a graduating student finish his studies. Today, making that journey is inconceivable, like traveling to another planet.

How has Birzeit responded to the restrictions imposed by Covid-19 and how are you and your colleagues finding teaching online?

I think Birzeit is not unique, and shares many of the same issues faced by universities worldwide. Now that we have had the experience of teaching for one semester and the summer session and are in the midst of the first semester, we are in a better position to evaluate various aspects of online teaching, particularly the thorny issue of evaluation of student work. A very robust discussion is underway among the students and faculty on this contentious subject. It does not help, of course, that many students do not have sole access to computers at home; schools are also operating partially online, so you can imagine a household with several children all competing for computer time. Not to mention parents who work from home. It is certainly a stressful time.

In 2015, you launched the first PhD programme in social sciences, the first of its kind at a Palestinian university. What led you to establish the programme?

Some of us in sociology, political science, economics, geography, and gender studies began thinking of an interdisciplinary PhD program in the social sciences in 2011. We were guided in our thinking by the increasing recognition of interdisciplinarity in the global academy, and also the fact that there was nothing like it in the entire region. After studying various programs and visiting a few (such as the unique program at Makerere University in Uganda, and universities in India and the United States), we began developing the concept and curriculum, culminating in official recognition of the program by the Palestinian Accreditation and Quality Assurance Commission in 2013. We have admitted three groups of students so far. Their dissertation topics reflect the interdisciplinary nature of the program, from studies of new Palestinian trade networks with China to ethnographic inquiries into the production of vulnerability in Area C villages in the West Bank. We aspire to be global in our scope, focusing particularly on the global south and its histories, especially in view of the shared colonial pasts and presents of many of the societies.

Birzeit University lives on. We face many diverse challenges, one of the most severe being the financial crisis which has been compounded during the pandemic. Many students’ families can simply no longer afford the tuition fees, in view of the widespread loss of income. Some of the other challenges facing the university today stem from the severe cantonization and fragmentation of the Palestinian landscape. While Birzeit always prided itself in having a diverse student body drawn from all areas in Palestine, including historic Palestine, it finds itself today with a student body originating mostly in the central West Bank, and particularly the Ramallah area. Such challenges are being met partly by the erection of on-campus dormitories for students, to make attending the university feasible for students from more distant areas.

Birzeit lives on, and so much so in students’ imaginations as expressed in various social media. During the pandemic, students are expressing their longing for the university ambience, the social and political activities, and the camaraderie of fellow students. Particularly poignant are new students’ feelings of having been deprived of an experience that had been so formative in the lives of their predecessors. Many are imploring the university administration to allow on-campus classes. But the pandemic will not be eternal, and thus the hope that the university can resume its vibrant life is very real. This is the kind of institution that deserves international support and solidarity, not least in facing the recurring assaults on the university by the occupation machine.