The growing targeting of Palestinian students: An interview with LPHR 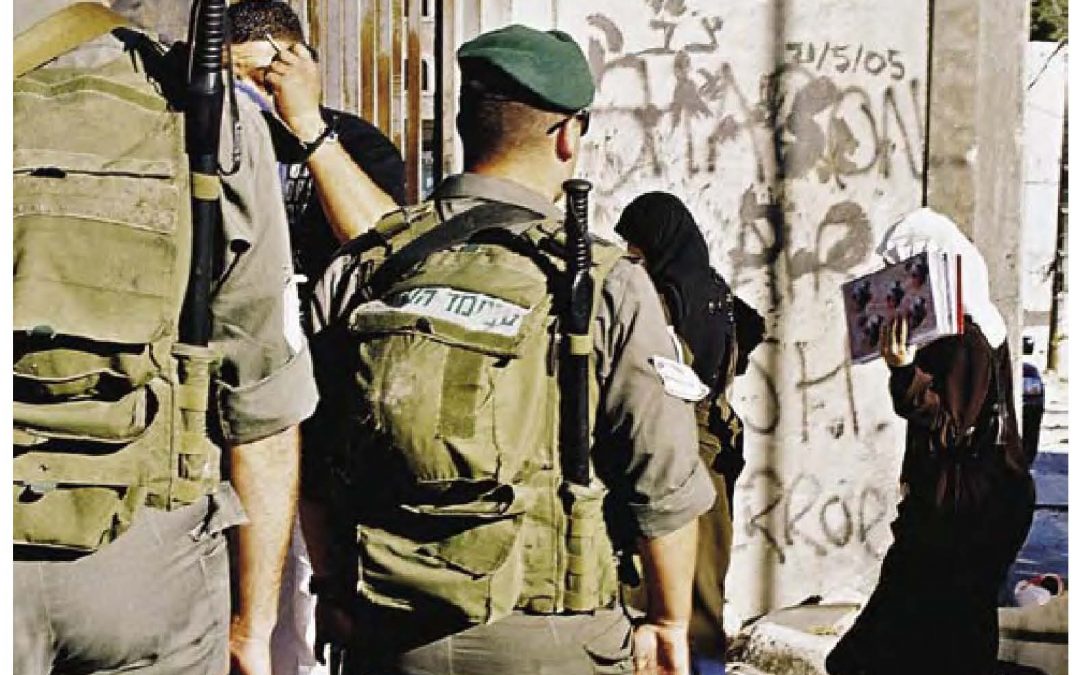 Can you tell us about the background to this case and the practice of arbitrary detention used by the Israeli military authorities since the occupation began in 1967?

Ms Layan Kayed, Ms Elyaa Abu Hijla and Ms Ruba Asi have been held in continuous arbitrary military detention since 8 June, 1 July and 9 July 2020, respectively. They are awaiting trial after being unjustly charged by Israeli military authorities for affiliating with a legitimate university student group at Birzeit University and for being present at one of its meetings. These criminal charges have been unjustly applied to the peaceful exercise of basic and fundamental human rights: the right to freedom of association, expression and assembly. The arbitrary detention of Layan, Elyaa and Ruba falls within a systematic policy and practice of criminalising Palestinians for exercising civil and political rights. From the beginning of the military occupation in June 1967 through to July 2019, Israel’s Defence Ministry has outlawed 411 civic associations and political organisations as under the Defence (Emergency) Regulations (1945). Members of designated organisations – which include university groups and all major Palestinian political parties – can be criminally charged for their membership in or affiliation with the group.

Can you tell us about the cases you raised with the UN working group on Arbitrary Detention and the recent growing trend of targeting Palestinian students by the Israeli military?

Layan, Elyaa and Ruba are three young female Palestinian university students in full-time education at Birzeit University. They were arrested and detained within the timeframe of a month, indicating a possible emerging pattern of specifically targeting female students. Our complaint submission on their cases to the UN Working Group on Arbitrary Detention follows only a few months after we submitted a complaint to the same body regarding the near six-month military detention of another young female Palestinian undergraduate student from Birzeit University, Ms Shatha Hasan. Shatha was the head of Birzeit University’s Student Union’s Council when she was arrested from her home in the middle of the night on 12 December 2019, and then held in continuous military detention without charge or trial based on secret evidence until late May. Like Elyaa, Ruba and Layan, Shatha had not had any previous experience with Israeli military custody.

These cases fall within an intensifying and hugely concerning pattern since August 2019 of the detention of Palestinian university students for peaceful exercise of their basic and fundamental human rights. Birzeit University has confirmed to LPHR that there has been a surge of cases, with 67 students detained by Israeli military authorities between August 2019 and September 2020. This punitive and prolific targeting appears purposefully designed to intimidate and deter all Palestinian university students from exercising their fundamental civil and political rights.

Can you explain the ways in which Israeli military detention practices in the oPt are unlawful?

There are glaring gaps in basic human rights protection for detainees held in Israel's military detention system which enables routine ill-treatment and lack of justice. This can be clearly illustrated with reference to the military detention of Palestinian children. In June 2012, a group of senior UK lawyers, including Baroness Scotland QC and Sir Stephen Sedley, published a UK government-funded report entitled 'Children in Military Custody'. It found Israel was in breach of eight of its international legal obligations under the UN Convention on the Rights of the Child and the Fourth Geneva Convention arising out of its treatment of Palestinian children held in military detention, including:  discrimination, best interests of the child, premature resort to detention, non-separation from adults, lack of prompt access to lawyers, use of shackles, unlawful transfer and detention outside occupied territory, and failure to translate applicable laws.

The report also found that if the allegations of ill-treatment during arrest, transfer, interrogation and detention are true, then Israel will also be in breach of the prohibition on torture or to cruel, inhuman or degrading treatment found in the UN Convention on the Rights of the Child.

What role do you think the UK government, parliamentarians and civil society can play to support Palestinian students in exercising their rights at this time?

I would suggest there is an imperative to first inform ourselves of the systematic targeting of Palestinian university students for exercising their basic and fundamental human rights. To help support increased understanding of this issue, LPHR has just launched the Tom Hurndall Student Protection project which aims to monitor, raise awareness and take action on cases. LPHR will submit complaints to relevant UN Working Groups and Special Rapporteurs, and engage with the UK governments and parliamentarians. They all have a critical role in working to defend and uphold the civil and political rights of Palestinian university students.

LPHR also aims to raise awareness of a continuum in the systematic targeting of children for military detention and the targeting of university students for military detention. This punitive practice that foreseeably and immeasurably harms young Palestinian lives needs to end immediately. We hope the UK government, parliamentarians and civil society will support, and do all they can, to achieve this vital objective.