Education and Palestinian refugees in Lebanon: An interview with Dr Mai Abu Moghli 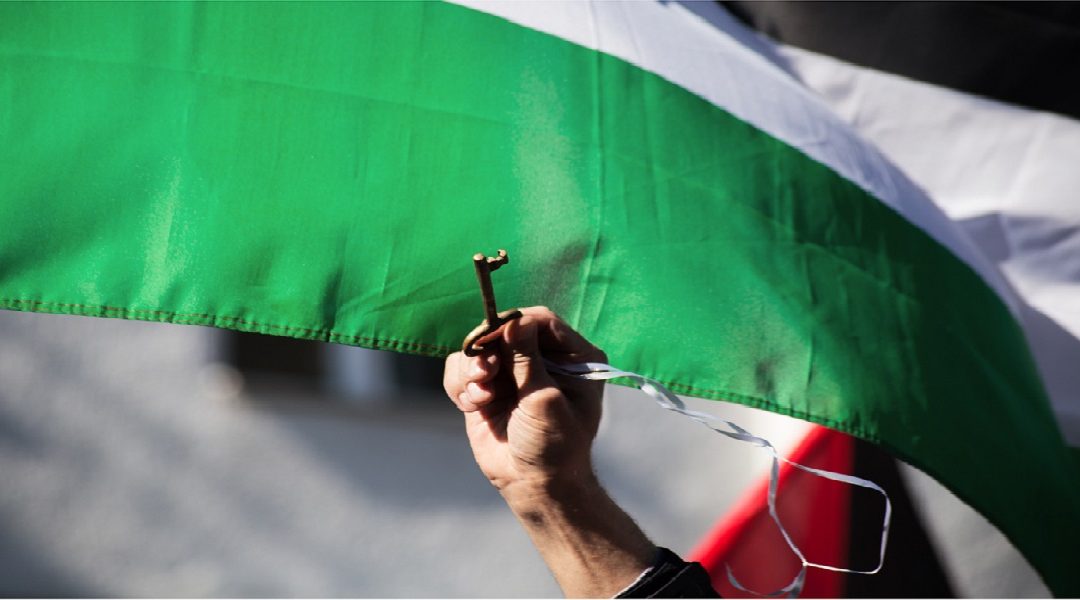 Who are the Palestinian refugees in Lebanon? Where did they come from and where do they live today?

Palestinians in Lebanon are in their majority refugees who were forced to leave Palestine during the Nakba of 1948. Their descendants today are also refugees who are stateless and unable to go back home, although in international law they have the right to do so. Most of Palestinian refugees in Lebanon are from the northern part of historic Palestine and the Galilee region. My mother’s family comes from a village just outside of Akka called Amqa, the people of this village were forced out of Amqa on the 10th and 11th of July 1948. As with many Palestinian communities, her family were dispersed with some of my mother's cousins now living in Ain El- Hilweh Camp in southern Lebanon.

Many Palestinians also arrived in Lebanon in the 1970s and 1980s when the PLO was based in Beirut. A further wave occurred in after 2011, when thousands of Palestinian refugees from Syria fled to Lebanon especially after the deadly siege of Al-Yarmouk Refugee camp in Damascus.  There is also a minority of Palestinians who hold Lebanese nationality.

Today Palestinians in Lebanon are spread across the country. There is no agreement on the exact number of Palestinians in Lebanon, although over 470,000 Palestinian refugees are registered with UNRWA. They live in camps as well as other urban locations particularly cities such as Saida/Sidon and Beirut. According to UNRWA, about 45% of Palestinians in Lebanon live in the country’s 12 refugee camps. Conditions in the camps are dire. They are overcrowded, with poor housing conditions, continual electricity cuts, limited clean running water, high unemployment, poverty and almost complete lack of access to justice. The restrictive and discriminatory policies imposed by the Lebanese government on Palestinian refugees hinder their ability to access better living conditions.

Palestinian refugees in Lebanon are denied basic social, economic and political rights. Could you tell us about this?

Yes, Palestinians are denied all these rights or have limited access to them. Of course in terms of political rights they are not citizens so they are unable to engage in any of the institutional political processes (elections for example). Their national representative is the PLO but in practice its function has been replaced by the Palestinian Authority in occupied Palestine, which cannot serve this role. However, Palestinians in Lebanon do politically engage and participate on other levels such as organising and participating in demonstrations calling for their rights. Palestinians in Lebanon are banned from work in as many as 39 professions and are banned from owning land or their own homes. The mass mobilisation in the summer of 2019 came as a response to the Minister of Labour (at the time) announcing that Palestinian refugees would be treated as foreigners (migrant workers) who need to obtain special permits to work. While Palestinian demonstrators were unable to leave their camps and found little active support from the Lebanese population, they were able to stop the minister’s decision. Their demonstrations connected to the demands of the Lebanese revolution that began on the 17th of October this year.

Palestinian refugees in Lebanon are unable to access public health and education. In fact their situation is deteriorating. UNRWA provides basic services to Palestinians, UNRWA is dealing with a funding crisis that began even before the US cut all support to the organisation, and so it is struggling to cope with the increasing challenges and deteriorating economic and political conditions in the country and the region as a whole.

According to international law, refugees are entitled to access rights such as health and education. However, since Lebanon is not a signatory to the 1951 refugee convention and since Palestinians are excluded from some provisions of this convention, they remain in an exceptionally precarious legal situation as  UNRWA does not have a protection mandate, which further enables the discrimination against them and the ongoing denial of their rights.

How do Palestinian refugees access education and what are the main barriers they face?

UNRWA is the primary provider of education (schooling and vocational) for Palestinian refugees in Lebanon. While they have almost universal enrolment at primary level, the numbers decrease and drop-outs increase as students reach secondary levels. Also, with the overcrowding in UNRWA schools and deteriorating quality of education, a small minority of Palestinians enrol their children in private schools or in semi-private charity schools. Lebanese public schools accept a limited number of Palestinian children. The high dropout rates can be attributed to many reasons some related to the quality of education and violence in schools and others are related to the context in which Palestinian refugees live. With difficult economic conditions, many young Palestinians work to support their families. They mainly work in unregulated sectors, informal economy and are heavily exploited. Also, the fact that Palestinians have limited prospects to access higher education or find employment, impacts young Palestinians’ motivation to continue their schooling.

In terms of higher education, Palestinians in Lebanon face a number of barriers to access, mainly: expensive university fees, limited ability to join the job market due to employment restrictions for Palestinians, high dropout rates after the 9th grade and finally a sense of discrimination and marginalisation on campus in some universities.

UNRWA provides vocational training for Palestinians for free. These vocational training centres are considered the best quality in the country. Nevertheless, the specialisations they offer are sometimes regarded as dated or impractical (for example hairdressing for women while there are ongoing electricity cuts in the camps). Also, employability is far from guaranteed.

As mentioned earlier, the vast majority of Palestinian refugees attending UNRWA schools are taught the Lebanese curriculum, which is designed for Lebanese citizens. Unless young Palestinians attend youth clubs or are involved in extra-curricular activities organised by Palestinian NGOs/CBOs outside of the school, then there is nowhere for them to learn about their history and culture through schooling. In fact, celebrating many Palestinian political and cultural symbols in UNRWA schools is sometimes in tension with UNRWA’s neutrality policies. For many young Palestinians, education is often reduced to a means of escape to find a better life abroad.

Since 1948, how have the refugees sought to overcome the challenges they confront?

Palestinians face so many challenges as a result of their historic and current experience of settler colonialism, dispossession and apartheid. Their plight cannot be addressed by humanitarian support alone but requires a struggle for justice, return and liberation, and this is something that Palestinian refugees have always been active in – refusing to accept the denial of their rights. In the field of education, Palestinian refugees have a long history of self-organisation to meet the needs of the community when they have been failed by the international community, through a rich infrastructure of after-school clubs, cultural societies, evening classes and academic institutes. Mobilising both financial and political support from other sections of the Palestinian people and solidarity from their Lebanese brothers and sisters and citizens around the world has been important for this.

Dr Mai Abu Moghli is a Senior Researcher at the Centre for Lebanese Studies and a Post-Doctoral Research Associate at the RELIEF Centre, UCL Institute of Education. She holds a PhD in human rights education from UCL and an MA in human rights from the University of Essex. Mai's work focuses on critical approaches to human rights education, teacher professional development in crises and emergencies, refugee education and decolonising research and higher education. She has published on topics related to education of Palestinians living under occupation and as refugees in exile, and more recently has conducted research on the education experience of Syrian and Palestinian refugees in Lebanon.