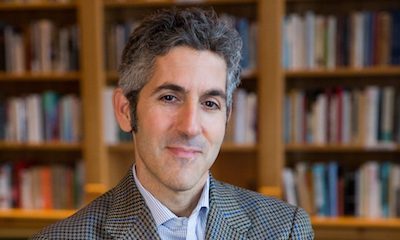 Ussama Makdisi is Professor of History and the first holder of the Arab-American Educational Foundation Chair of Arab Studies at Rice University.

Your recent book, ‘Age of Coexistence: The Ecumenical Frame and the Making of the Arab World’ (University of California Press, 2019), explores a pluralist political culture that developed during the Ottoman Empire and in the post-Ottoman Arab world. What led you to write a book on this topic?

I honestly felt that we as scholars and people concerned with the Arab world have lost sight of the enormous work that went into the creation of a modern Arab culture that has consistently sought to transcend sectarian differences; we have become trapped by a notion that pluralism automatically equates to sectarianism; and we have lost sight of the enormous impact of Western colonialism on our region.

In what ways does Age of Coexistence challenge popular stereotypes about Arab culture in the West?

The main argument is that every history of sectarianism is also a history of coexistence; the other argument is to push back against the insidious idea that sectarianism is age-old; diversity in the Middle East should not be automatically equated with sectarianism, though it often is; for far too long, in fact, people in the Arab world have labored under the notion that the “West" is allegedly superior to the East without knowing very much about the actual history of U.S. racism for example, or that the Ottoman age was one of alleged oppression. These are some of the myths that I challenge in the book.

There are some Arab educational thinkers that feature prominently in your book. What role did these educationalists play in the development of 'Ecumenical Palestine'?

Well the educationalists I focus on in the book are not actually from Palestine.  The first is Butrus al-Bustani who set up the first national ecumenical school in the Ottoman empire in Beirut that became a template for many other schools such as Khalil Sakakini’s Madrasa dusturiyya, and the second is Sati al-Husri whose nationalist focus inspired an entire generation of Arabs fighting colonialism.  Whereas the first did not think of Palestine per se (since he worked in the 1860s before there was a question of Palestine), the latter was part of an anticolonial outlook that we see in later Palestinian consciousness, the common imperative being a determination to overcome sectarian differences and an emphasis on national unity. The extent to which this succeeded or not is something we can debate, but the imperative was unquestionably genuine and real.

Initiatives to 'decolonise' universities and 'diversify' curricula are growing in the UK. What approaches can help in breaking down barriers to understanding Palestine and the Arab world in the West?

I don’t really know what decolonizing a university means in practice.  But the approach I advocate regarding breaking down barriers is to insist on an honest narrative about Palestine, to challenge the disingenuousness and hostility which is rife in Western academe on this question.  The more honesty, the more the Palestinian question becomes more obvious, and the more the injustice that Palestinians have suffered and still suffer becomes undeniable.