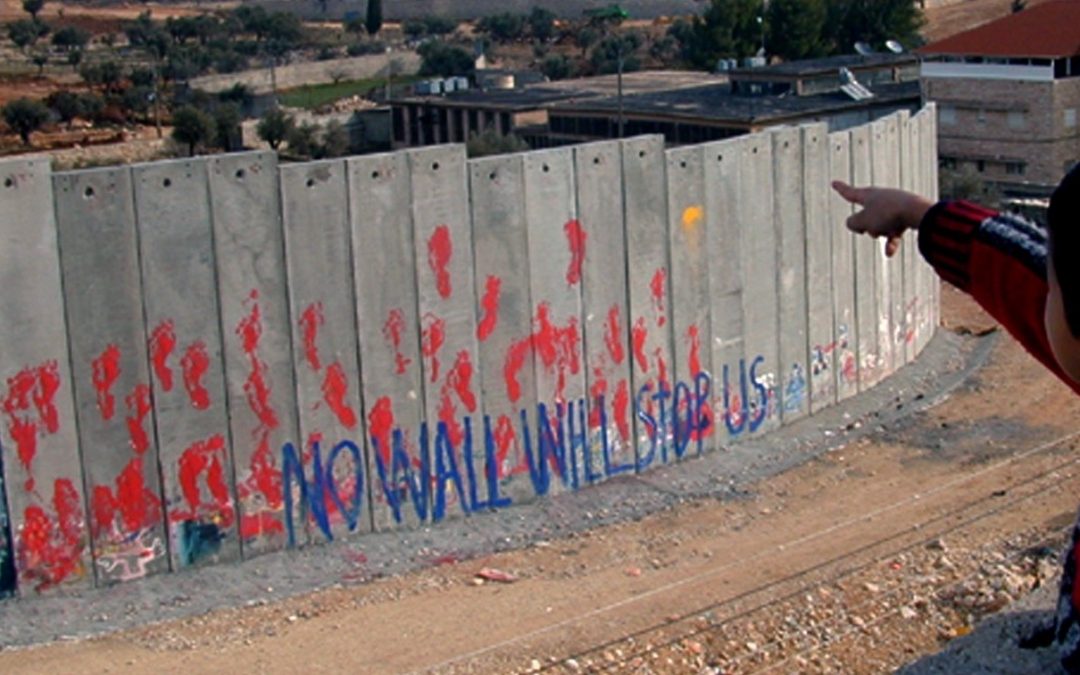 On Monday 29th June, Fobzu joined 13 other NGOs calling on the UK government to uphold its legal and moral duties, and set out what action it would take to hold Israel accountable if it proceeds with annexation.

As a group of UK-based humanitarian, development, human rights and faith organisations working to support the rights and welfare of the Palestinian people, we are gravely concerned by the Israeli Government’s threat to annex more Palestinian land. The UK government has, at times, asserted that annexation ‘could not pass unchallenged’.  A reluctance to declare clearly what meaningful steps it will take in response is contributing to a fear of international abandonment felt by Palestinians.

Decades of inaction on violations of international law

For 53 years, Palestinians have endured the insecurity, systematic human rights abuses and pervasive violations of international humanitarian law that have characterised Israel’s military occupation. This occupation persists against the backdrop of the ongoing 72-year displacement of Palestinian refugees from their homes.

Countless homes have been demolished, livelihoods destroyed, resources plundered, and lives lost. Though the Fourth Geneva Convention expressly prohibits an occupying power from transferring its own population into occupied territory and establishes it as a war crime, Palestinian land has been swallowed up by the ceaseless encroachment of Israel’s illegal settlements. Endemic poverty has accompanied the creation of these ‘facts on the ground’. Access to healthcare has become a struggle against the bureaucratic cruelty of Israel’s opaque permit regime. Those responding to increasing humanitarian needs and speaking up for human rights face growing restrictions on their work and targeted campaigns of harassment and delegitimisation.

This has all happened under the watchful eyes of the international community, including the UK. The UK holds legal, moral and historic duties towards the Palestinian people, and has often reiterated its support for the rule of international law and Palestinians’ right to self-determination. In practice, however, its opposition to Israel’s violations has been largely rhetorical. It provides essential aid to Palestinians, including through its long-standing support for UNRWA, but not meaningful support for essential accountability.

Settlements expand without consequences. UN Security Council resolutions are defied with impunity. A seemingly blind eye is turned to the systemic absence of genuine investigations into frequent killings of Palestinian civilians. Global inaction means the Oslo-era vision of a Palestinian state that the UK has long pursued has all but disappeared. Where Palestinians were promised a contiguous and sovereign state of their own, they are now left with a fragmented archipelago and minimal autonomy, under overarching and pervasive Israeli control.

Impunity is the key driver of annexation

Now, amid the global crisis caused by the COVID-19 pandemic and bolstered by the US Trump administration’s ‘peace plan’ – a blueprint for permanent Israeli domination over Palestinians – the government of Israel is set to consolidate its power. The terms of the coalition deal which formed Israel’s new government in April permit it to begin the de jure annexation of parts of the West Bank – formalising its existing de facto annexation of these areas and extending its illegal application of sovereignty beyond already-annexed East Jerusalem – from 1 July 2020.

The precise shape that this annexation will take remains unclear, though it is likely to encompass existing settlements, and potentially the resource-rich agricultural lands of the Jordan Valley that are so vital to the Palestinian economy. But whether an inch of land or the entire West Bank, such a move would be manifestly unlawful. Annexation – the acquisition of territory by force – is an inadmissible act of aggression, forbidden by the UN Charter. In the West Bank, annexation is set to accelerate the dispossession and impoverishment of Palestinians, and increases the likelihood of the forcible transfer of vulnerable communities which would constitute a war crime.

In January, a coalition of UK-based organisations that work directly with Palestinian communities called on the UK government to outline how it would challenge annexation and to “work with other states to support the Palestinian people to attain their fundamental right to self-determination.”

The UK’s response has nevertheless been lacklustre. While reiterating its principled opposition to annexation, and stating that such action is illegal, the UK has consistently failed to outline how it will meaningfully oppose it. Only clear and concrete warnings will be an effective deterrent.

Act now, before it is too late

We urge the UK to heed the recent warning of 47 UN human rights experts that annexation “would be the crystallisation of an already unjust reality: two peoples living in the same space, ruled by the same state, but with profoundly unequal rights.” Most importantly, it should listen to the voices of Palestinians – teachers, health workers, farmers, businesspeople, students, school children, and all others – whose lives are already made intolerable by the occupation. For them, annexation may signal that the international community has abandoned its promises of sovereignty and self-determination, and consigned the Palestinian people to a fate of permanent subjugation and systematic racial discrimination.

Hope is not yet lost, so long as there are those – individuals and states – that are willing to stand up for international law, not just through words but through tangible action. The sustainable peace the UK seeks can be achieved, but only if it is grounded in the application of the equal human rights of everyone. The UK can show that it has not abandoned the Palestinian people by leading its international partners, including the EU, in recommitting to the cause of Palestinian self-determination, and by outlining, clearly and publicly, what actual, meaningful consequences will result if Israel proceeds with its illegal annexation plans. As with other recent examples of annexation, this violation of international law must carry appropriate ramifications.

Statement endorsed by the following 14 agencies: