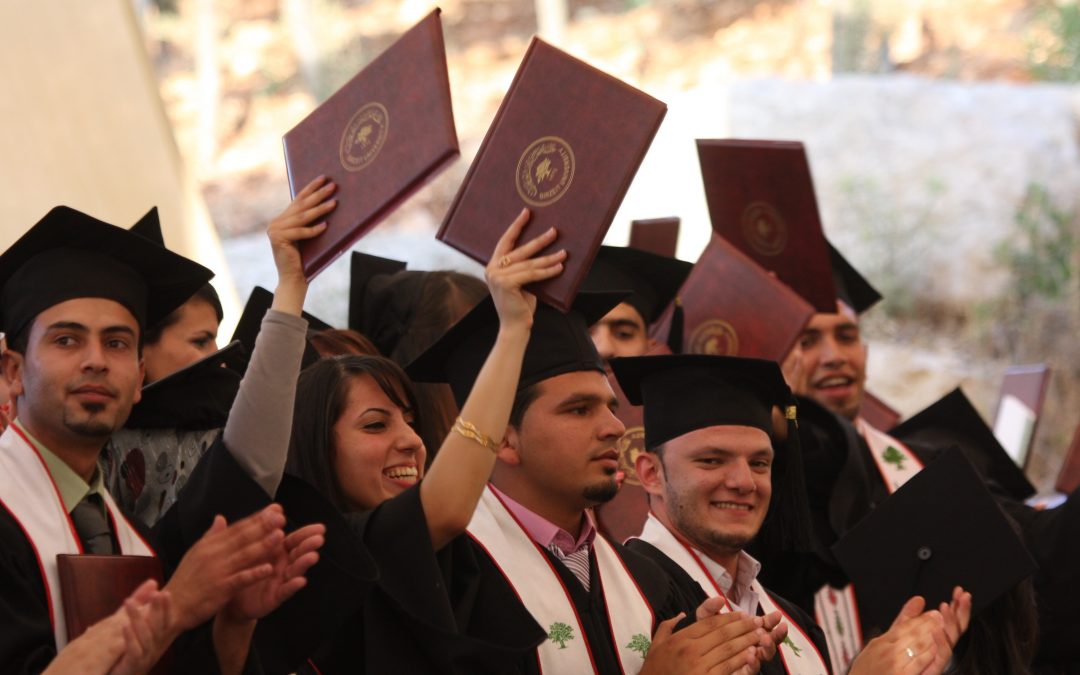 In our 40th anniversary year, Fobzu has established ten new scholarships for Palestinian students studying at universities in the occupied West Bank and Gaza Strip. Thanks to the generous help of our supporters, Fobzu has been working with UNRWA, the UN agency dedicated to supporting Palestinian refugees, to provide scholarships to students needing financial support to pursue their education. With your help we are making this gesture of practical support to demonstrate our commitment to standing up for Palestinian refugees and their rights during a time when they are under renewed threat.

In 2018, the rights of the Palestinian refugees came under increased attack from the US and its allies. The Trump administration has -accused UNRWA and its UN mandate as having ‘perpetuated and exacerbated the refugee crisis’. After initially announcing cuts to its contribution, the US declared in August the end of all of its funding to UNRWA, forcing the UN refugee agency into an ‘existential crisis’. The decision followed US unilateral initiatives to move the US embassy to Jerusalem, recognise Jerusalem as Israel’s capital and close down the Palestine Liberation Organisation (PLO) office in Washington. These measures were designed to lay the foundations of Trump’s Middle East peace plan – the ‘deal of the century’ – which is widely anticipated as an attempt to resolve the key issues of negotiation in Israel’s favour.

UNRWA responded to the US announcement by launching a global fundraising campaign to fill the hole left by the US cuts. The response succeeded in temporarily ensuring UNRWA’s short term survival, but services have been cut, the agency’s future funding remains in doubt, and the US and Israel appear committed to dissolving the agency in its current form.

UNRWA and the Palestinian refugees

UNRWA was established in 1949 by the United Nations to provide relief and development assistance to the Palestinians that fled or were expelled from historic Palestine during the period up to 1948 known by Palestinians as the ‘Nakba’. UNRWA has been tasked with this responsibility by the General Assembly until a just and lasting resolution is found to the plight of the Palestinian refugees. However, Palestinian refugee rights, including their right to return, remain unrealised and the population of refugees requiring support has grown from 750,000 in 1948 to 5 million today.

Today, a third of the Palestinian refugees live in the occupied West Bank and Gaza, while the majority of the remaining two thirds reside in neighbouring host Arab countries with varying legal status. UNRWA supports 526,000 students in 711 schools across Gaza, the West Bank including East Jerusalem, Lebanon, Syria and Jordan, in addition to providing access to healthcare, social and welfare services.

Join us in standing with Palestinian refugee students. Please consider donating to our 40th anniversary appeal so that we can support them and other Palestinian students in financial need and continue building support for their rights. Click here to donate.