UN Committee Chair calls for solidarity with the Palestinian People 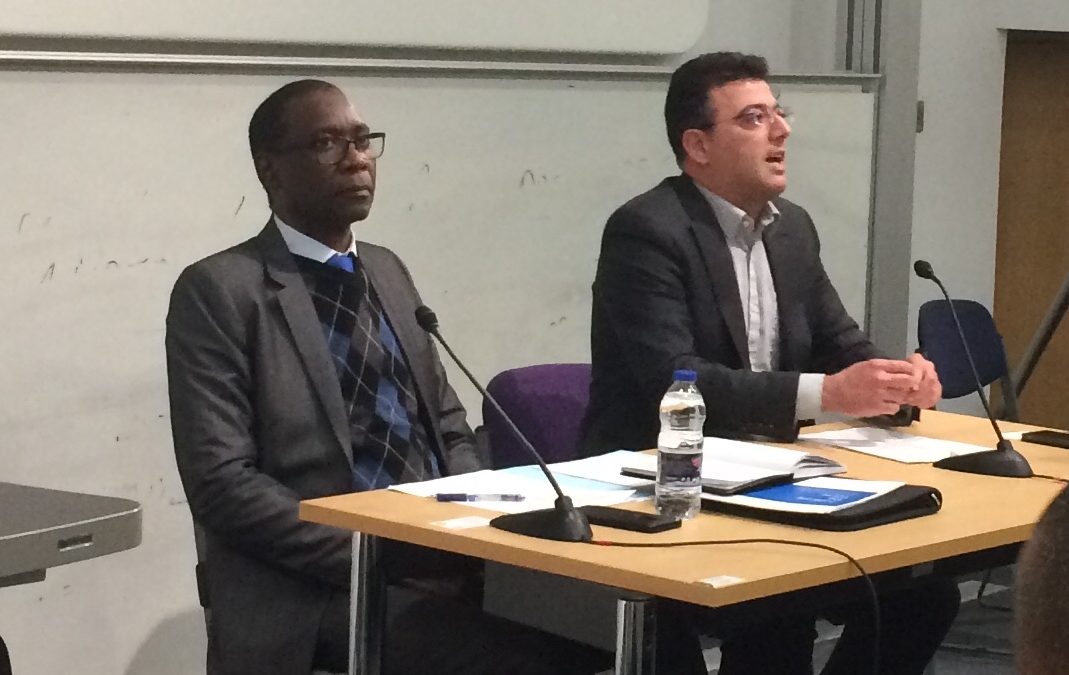 In a talk co-hosted by Fobzu and the Centre for Palestine Studies (SOAS), SOAS Palestine Society and others, H.E. Ambassador Cheikh Niang told an audience of SOAS students and staff on Thursday that citizens around the world have a vital role to play in realising the rights of the Palestinian people. Citing the international campaign that brought an end to apartheid in South Africa, Niang, the Permanent Representative of Senegal to the UN and the Chair of the UN Committee on the Exercise of the Inalienable Rights of the Palestinian People, called on students and academics to continue building solidarity with the Palestinian people so that justice can be achieved. Ambassador Niang’s talk took place during the week of the 70th anniversary of UN resolution 194, which enshrined in international law the right of Palestinian refugees to return to the homes from which they were expelled in 1948. The anniversary was marked by the launch of a statement by an international coalition of Palestinian civic associations calling for the mobilisation of international solidarity to defeat Trump’s ‘Deal of the Century’. The US initiative, which threatens core Palestinian rights and undermines key tenets of international law, has been heavily trailed over thepast year and presaged by US unilateral moves including the defunding of UNRWA, relocation of the US embassy to Jerusalem, and the closure of the PLO office inWashington. The UN Committee on the Exercise of the Inalienable Rights of the Palestinian People is the only body at the UN devoted exclusively to the question of Palestine. It was established by General Assembly resolution 3376 on 10 November 1975 just a year after the Palestine Liberation Organisation achieved the historic feat of gaining observer status at the UN. The General Assembly charged the Committee with the task of devising a path to enable the Palestinian people to exercise their rights, namely, those of self-determination, national independence, and the right to return to their homes and property. Since its founding, the Committee has worked to keep the rights of the Palestinians on the agenda at the UN. Ambassador Cheikh Niang’s talk entitled ‘The peoples of the world voted for the people of Palestine: The UN Committee on the Exercise of the Inalienable Rights of the Palestinian People’ was chaired by Dr Nimer Sultany, Senior Lecturer in Law at SOAS.  The event was co-hosted by Fobzu, theCentre for Palestine Studies (SOAS), the Centre for the Study of Colonialism, Empire and International Law (SOAS), the Centre for Human Rights Law (SOAS), and SOAS Palestine Society.