“The cause of Palestinian trauma is injustice” 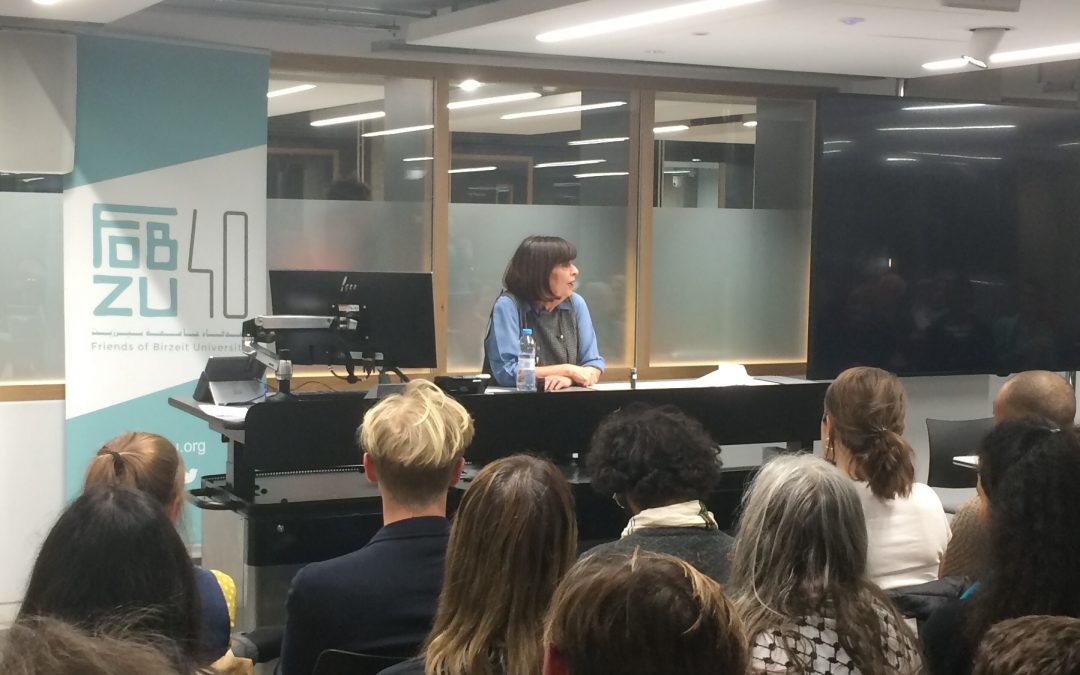 On 21st November Professor Rita Giacaman of Birzeit University delivered a lecture on ‘The Psychosocial Health of Palestinian Youth’ at the Institute of Education.  Professor Giacaman is universally regarded as the leading scholar of Palestinian psychosocial health. Her work in the field spans five decades and includes a range of civic public health initiatives and innovative research projects. At the end of the 1970s she founded the precursor department of what eventually became the Institute of Community and Public Health at Birzeit University. Under Professor Gicaman’s direction, the Institute has become a leader in generating research addressing the health needs of a population living under military occupation.

In her lecture Professor Giacaman began by addressing the current state of Palestinian well-being of young Palestinians living under prolonged military occupation. Referring to a recent three-year regional study into youth empowerment, she described the alienation felt among broad sections of Palestinian youth towards their political representatives as a result of their perceived ineffectiveness at resisting Israel’s ongoing occupation. Nevertheless, Professor Giacaman pointed to the Great March of Return and the waves of demonstrations at checkpoints across the oPt as evidence for remarkably high levels of civic engagement of Palestinian youth and and their determination to challenge the injustice they face.

Professor Giacaman’s research on Palestinian public health has contributed to international scholarly debates over approaches to public health. In the second part of her lecture she discussed the arrival of the ‘trauma industry’ with international NGOs in the 1990s and their application of a biomedical framework for understanding social suffering. The net result has been to pathologise the predicament Palestinians face, obscuring its historic origins and denying its political causes. The real cause of Palestinian suffering, Professor Giacaman summarised, is ‘injustice’.

This fourth event in the Education, Occupation & Liberation programme was held at the Institute of Education on 21st November and co-hosted by the University and College Union (UCU). A video of the lecture can be found here.