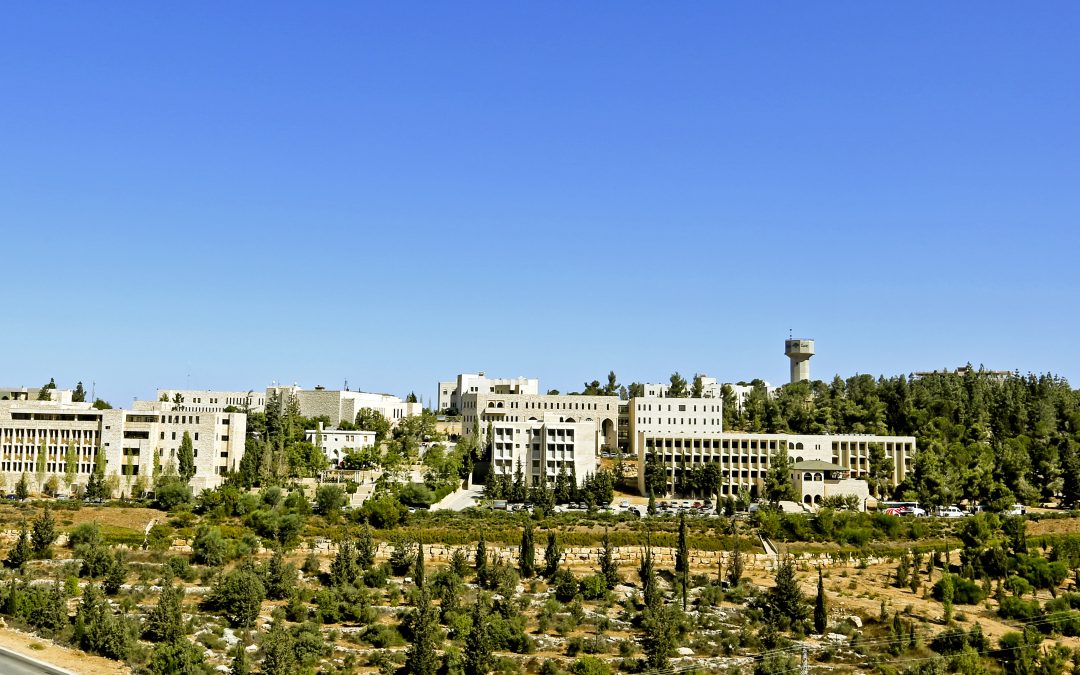 On Monday 15th October, Fobzu and representatives of the major education unions – including UCU, NEU, NASUWT, EIS and UNISON – wrote to Minister of State for the Middle East, The Rt Hon Alistair Burt MP to call on the UK government to stand up for Palestinian students and educators. Responding to the growing restrictions on foreign national faculty working at universities in the occupied West Bank, we raised our collective concern about the declining access to the occupied Palestinian territory and the impact this is having on Palestinian education.

Our letter draws attention to the fact that this practice is not isolated but one of a number of harmful policies adopted by Israel over more than five decades of military occupation that attack Palestinian education and culture, in breach of Palestinian rights enshrined in international law. We call upon the UK government to play an active role in upholding its international obligations and the Palestinian right to education, and respond to calls by Palestinian universities to:

The full text of the letter follows.

We write to you on behalf of staff working in the UK education sector and those who are dedicated to supporting Palestinian education, to express our deep concern with a worsening trend in Israeli policies which limit access to the occupied Palestinian territory. As a result of these policies there has been a marked increase in visa denials and restrictions for foreign passport holders teaching at Palestinian universities. These measures directly undermine Palestinian academic freedom and access to education. We urge you to take steps to fulfil the UK’s international commitments and obligations, and to uphold the rights of Palestinian students and university staff.

While the obstruction of access to education has been a systematic policy of the occupation for decades, we have been alarmed to learn from our Palestinian colleagues of the recent deterioration of the state of academic freedom they are experiencing. Over the last two years especially, Palestinian students and lecturers have suffered from an increasingly onerous and arbitrary visa regime for foreign nationals teaching at Palestinian universities. Research by the Palestinian National Authority’s Ministry of Education has shown that in this period, over half of foreign national academics in the occupied Palestinian territory have faced visa denials or restrictions on entry or residency.

Birzeit University has been particularly hard-hit with 15 foreign passport-holding faculty members having had requests for visa renewals refused or significantly delayed. In June, seven faculty members had their visa renewals rejected. Many of these academics are Palestinian but denied residency rights, many have taught in the oPt for years and hold senior positions at the university. These actions by Israel not only disrupt the daily functioning of Palestinian universities but in the long term serve to isolate Palestinian higher education internationally.

These measures are not exceptional but instead contribute to a sustained and escalating attack on Palestinian institutions of culture and learning by a military occupation that has entered its sixth decade. As you are aware, today, access to Palestinian universities is limited or denied altogether by the restrictions on movement within the oPt including the illegal closure of Gaza imposed by Israel. Israel’s military continue to damage and destroy schools and centers of learning – most recently the Said al-Mishal Centre in Gaza, while students and teachers are harassed and detained daily. The existential crisis now confronting UNRWA as a result of US’s decision to withdraw its funding jeopardises the education of over half a million children, and the rights and dignity of over 5 million Palestinian refugees.

Although it is clear that the Palestinian people will be unable to fully exercise their rights, including their right to education, while they remain under occupation and in exile from their homeland, there are international laws and norms governing the oPt of which Israel is in breach. The right to education for Palestinians and the protection of their civil institutions is enshrined in international human rights and international humanitarian law. As an occupying power, Israel is obliged to maintain the normal functioning of Palestinian civil institutions, including those of higher learning. The UK, as a third-party state, has a duty to ensure Israel’s adherence to its international obligations and hold it accountable for its breaches of international law. Moreover, the government has made a public commitment to UN Sustainable Development Goal 4, to ‘ensure inclusive and equitable quality education and promote lifelong learning opportunities for all,’ and has officially endorsed the Safe Schools Declaration.

As a new academic year begins in Palestine, we therefore request that the government respond to the demands of Palestinian students and teachers and:

In addition to the responsibilities it carries as a member of the international community and signatory to international laws governing occupations, the UK was also the Mandatory Power when the dispossession of the Palestinian people began. We are therefore acutely aware of the additional colonial debt that our country carries, which can only be repaid by beginning to address the injustices that a new generation of Palestinians is now experiencing.

We look forward to receiving your response.