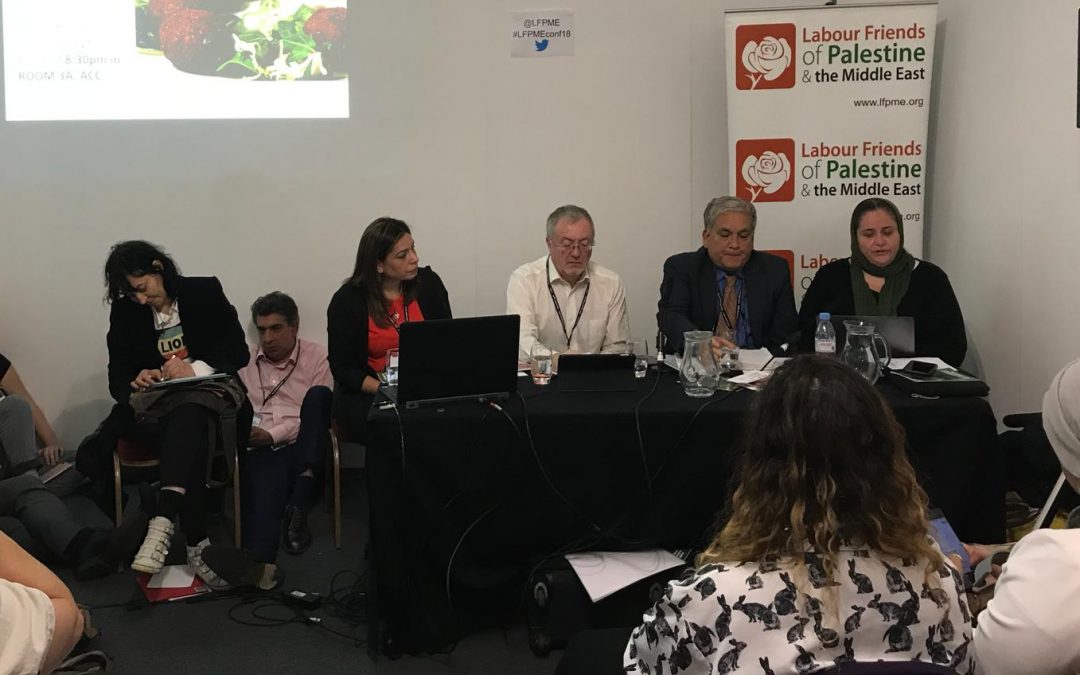 In an historic move, Labour Party and trade union delegates representing millions of party members and affiliated trade unionists carried a motion at the Labour Party Conference in Liverpool that drew attention to the most recent escalation of attacks on the rights of the Palestinian people. The motion demanded an ”independent international investigation into Israel’s use of force against Palestinian demonstrators’ and ‘a freeze of UK Government arms sales to Israel”. This is thought to be the first time that a Labour Party conference has passed a motion on Palestine since the First Intifada, three decades ago. 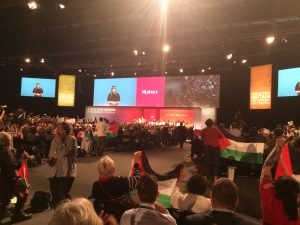 Amidst a sea of Palestinian flags, conference delegates speaking in the debate condemned the ”aggressive attempt to rewrite history, and erase the victims of the 1948 war, who were expelled or fled from their homes in Palestine”. They overwhelmingly passed the motion, which further called for Labour “solidarity with Palestinian refugees, especially young refugees, and to explore developing links with UNRWA schools, its training centres, and its local staff serving across the Middle East”.

The day before, at the Labour Friends of Palestine and the Middle East (LFPME) fringe event chaired by Richard Burden MP and co-organised with Fobzu, representatives from academia and NGOs addressed a packed room of parliamentarians, media and party delegates, detailing the challenges facing young Palestinians living under occupation and in exile, and the spirit of dignity and resistance which they embody.

Fikr Shalltoot, Medical Aid for Palestinians’ (MAP) Director of Programmes in Gaza reminded the audience that, “We are two million people, half are under 15 years old. More than two-thirds are refugees, expelled from our former homes and lands in what was Palestine and is now Israel”. Addressing the existential crisis currently facing UNRWA, Chief Spokesperson Christopher Gunness expounded on the threat posed to services relied upon by Palestinian refugees. Referring to the recent decision by the US to drastically cut UNRWA’s funding, he warned delegates in Liverpool that “no member state can ‘disappear’ a whole population of refugees and no member state can unilaterally change UNRWA’s mandate.” Professor Karma Nabulsi from Oxford University and Chair of Trustees at the Hoping Foundation described how representations of Palestinians in the UK media had dehumanized a whole people denied their rights and struggling for their freedom. When they are heard, Nabulsi urged, the new generation of young Palestinians defy their dehumanization through the courage and dignity they show in the face of an enormous asymmetry of power. 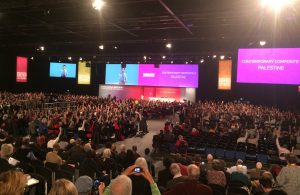