‘It's like they have stolen our voices’: Israel destroys Palestinian cultural centre in Gaza 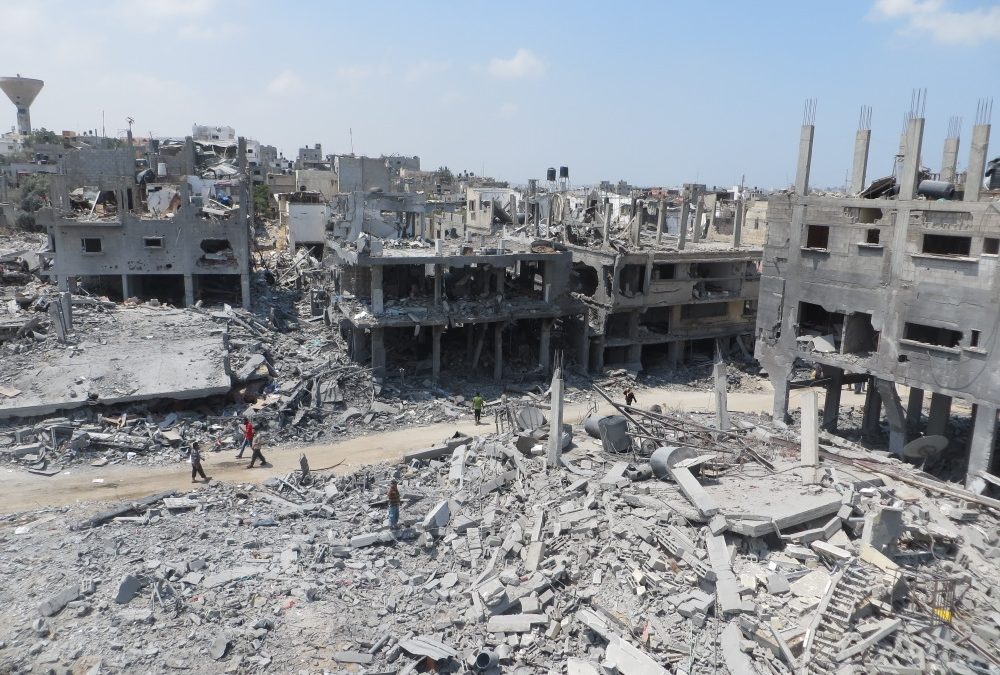 The centre, located in Beach refugee camp, in the west of Gaza city was a ‘cultural landmark’ in the words of Alaa al-Gherbawi, 26, an activity coordinator who worked at the centre interviewed for Middle East Eye. The building hosted theatre productions, and cultural and educational activities for young people including the popular Gaza Children’s Cinema.

"[Do] you know what it means to have been working in a place for more than eight years, so you know every tile like the back of your hand and suddenly, in the blink of an eye, everything is gone?" asked Idrees Taleb, 27, a theatre director and active member of the centre’s artistic community. "For the past couple of months, we have been preparing for a new play entitled Anaesthesia Syringe, to be played during the Eid al-Adha break, and we had installed the decoration a few hours before the building was targeted.”

Marah Bseisso, 15, who had sung at the centre summarised her feelings, “It is like they have stolen our voices”. But local associations were determined not to be silenced. The offices, uniforms and materials of the al-Anqaa (‘phoenix’ in Arabic) band were all destroyed in the attack but the band’s manager, Eid Musabbeh, 28, declared the collective resolve of the musicians to continue playing,

"Our band was named after the fictional bird that arises from the ruins. So will we," he said. "We cannot give up now when our art has become a tool of resistance."

Palestinian human rights organisations in Gaza, Al Mezan and the Palestinian Center for Human Rights (PCHR), condemned Israel’s destruction of the centre as an international crime, citing UNESCO conventions on cultural heritage and the provisions on the protection of civilian institutions in international humanitarian law. The bombing took place amid two days in which Israel launched approximately 110 missiles and 45 raids on sites in the Gaza Strip, which lead to the death of three Palestinians, including a pregnant woman and her young daughter.

Issuing a statement on the attack, Palestinian human rights organisation, Al Mezan, warned “the destruction of the center points to persisting concerns over patterns of attack that run blatantly counter to basic obligations under international law. Attacks on civilian targets have become a feature of Israel’s military engagement in the Gaza Strip” and called on the international community to take steps to prevent Israel’s violations of international law.

So far the UK government has not commented on the attack.