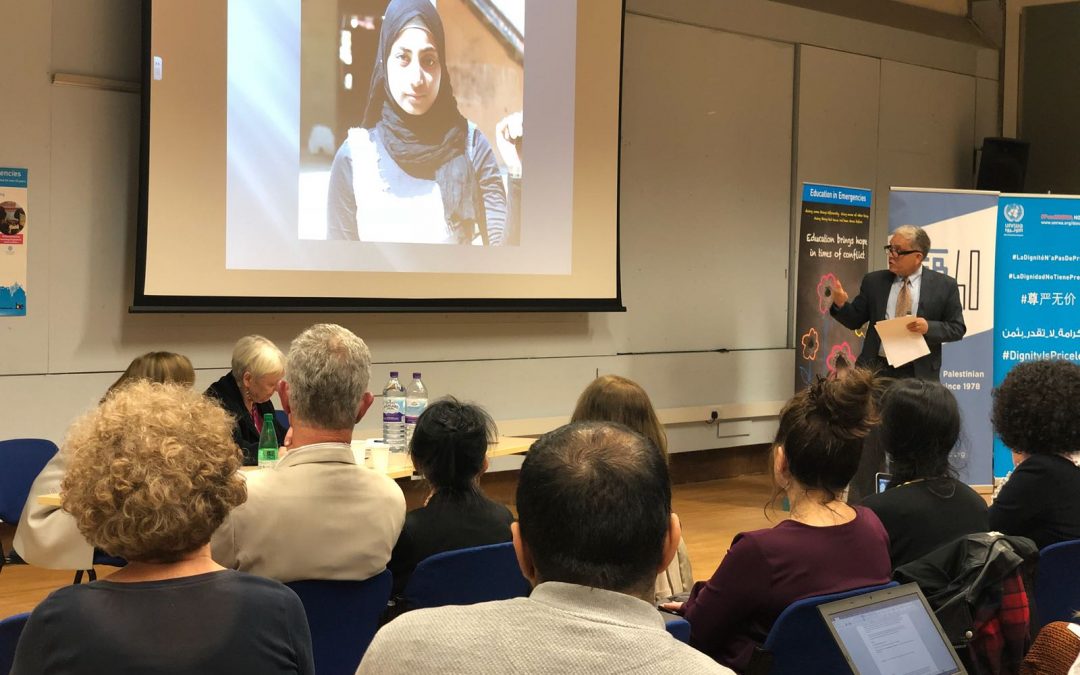 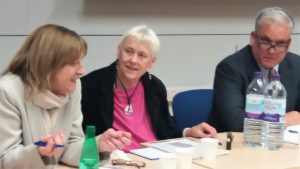 Co-hosted by the University and College Union (UCU), the evening was the first in a series bringing together international scholars and practitioners to highlight obstacles to Palestinian education and explore how Palestinians and other peoples engaged in struggles for freedom have transformed their lives through education.   Fobzu Director Omar Shweiki opened the event, held at the Institute of Education in London, by paying tribute to Fobzu’s founders, teacher and journalist Eleanor Aitken and scholar of the Middle East, Elizabeth Monroe. They were moved by the plight of the Palestinian refugees and a shared awareness of Britain’s historic responsibility for the dispossession of the Palestinian people.  For Fobzu’s founding committee, supporting Palestinian education was a way of demonstrating solidarity with a new generation of Palestinians. In 1978, students and teachers faced the violence and repression of a military occupation that was then entering its second decade. Today, Fobzu is committed to continuing this important work, he concluded. 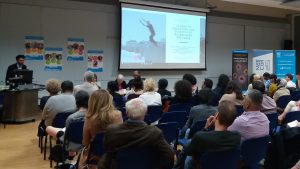 UNRWA Chief Spokesperson, Christopher Gunness set the context of the discussion on refugee education by illustrating the collective experience of the Palestinian refugees through the stories of individual children and young people located in Syria, Lebanon, the West Bank and Gaza. He described the critical role of UNRWA in upholding the dignity of refugees facing war, blockade, occupation and displacement, and then went on to describe the threat posed by the most recent US funding cuts. In January, the US announced its intention to withhold over 80% of its usual contribution to the agency’s budget. This decision taken by the Trump administration comes in the context of a longer-term trend of US government marginalization of Palestinian refugee rights, in addition to more recent policy shifts in favour of Israel’s policies of settlement and annexation. UNRWA officials have described these cuts from their largest donor as creating an ‘existential crisis’ for the agency, threatening the rights and dignity of the Palestinian refugees themselves. In her presentation, UNRWA Director of Education Caroline Pontefract outlined what was at stake for the 500,000 UNRWA students who are reliant on UNRWA schools and education services. She set out how the agency works to deliver quality education for all Palestinian refugee children who need it, while maintaining high standards of inclusivity and equality. Dr Pontefract elaborated further on the Education in Emergencies programme that UNRWA had developed in response to the recurrent crises experienced by Palestinian refugees, particularly in Syria and Gaza. Following the presentations, the large audience of local and international researchers of education, students, and members of the public engaged in open discussion. Questions were raised about how the UK government could better support UNRWA at this critical time, how the international community could improve its protection of Palestinian refugees and the challenges of delivering human rights education to a population which has been denied basic human rights for so long. The next event in the Education, Occupation & Liberation series will be held at the Institute of Education on 5th July when Professor Karma Nabulsi will speak on Traditions of Liberation Education.