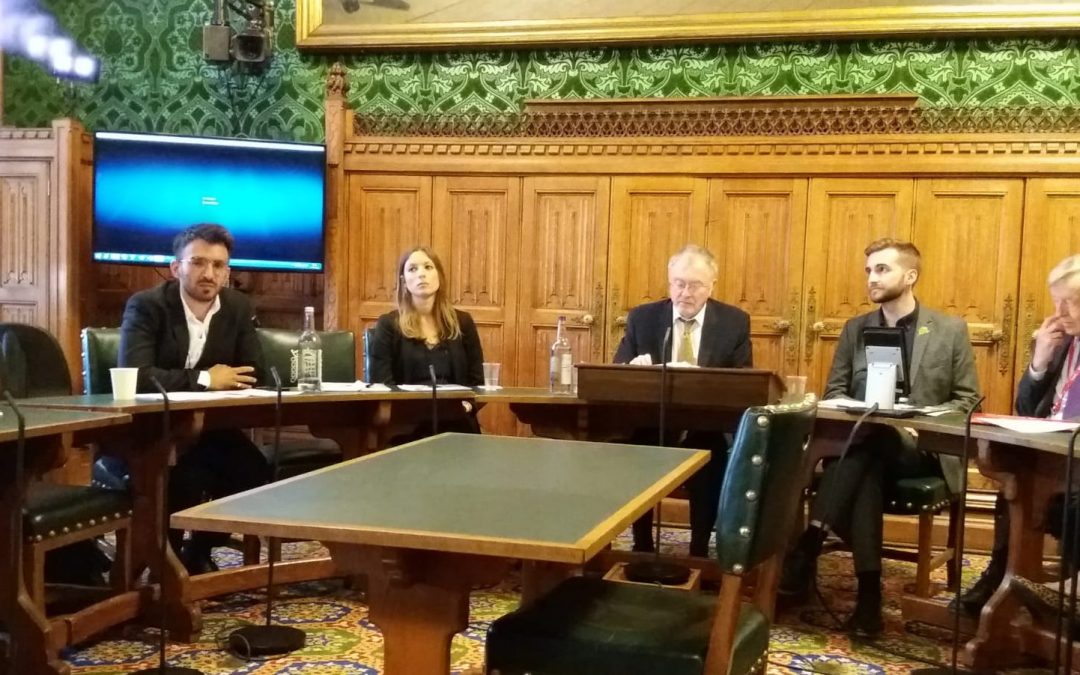 On 14th May, the eve of the 70th Nakba Day, when Palestinians commemorate the anniversary of their expulsion and flight from Palestine in 1948, Fobzu joined the All Party Parliamentary Group on Palestine, Medical Aid for Palestinians (MAP) and the Council for Arab and British Understanding (CAABU) at the House of Commons for a panel discussion on ’70 Years of the ‘Nakba’: Upholding the Rights of the Palestinian Refugees’.

Israeli forces kill 60, injure 2771 in deadliest day of the 'Great March of Return'

The 14th May also marked a further day of mass mobilisation by Palestinians in the Gaza Strip taking part in the ‘Great March of Return’. Met with snipers firing live ammunition, rubber bullets and tear gas, this day witnessed the highest number of deaths and injuries incurred by Palestinians since Israel’s military assault on Gaza in 2014. According to the Palestinian Ministry of Health, 60 Palestinians were killed, including eight children, and 2,771 people were injured by Israeli forces targeting demonstrators.

Opening the event, Richard Burden MP condemned Israel’s use of lethal force against protestors who were standing up for the rights they had been denied for 70 years since the Nakba of 1948. Echoing his comments, Lord Dubs called upon parliamentarians to put the plight of the Palestinian refugees back on the political agenda and urged the government to step up its support for UNRWA as it faced financial crisis.

Britain's historic responsibility for the Nakba

Speaking last, Fobzu Director Omar Shweiki told the audience, which included MPs and peers from all parties, that Fobzu’s founders had been moved to act in support of Palestinian education in part as a result of Britain’s historical responsibility for the Nakba as the colonial power in Palestine from 1917 until 1948.

Listing the major obstacles Palestinians face to accessing education today in exile and under occupation – including the attacks on educational infrastructure, detention of students and international isolation of Palestinian higher education – Omar Shweiki argued that these were not isolated problems but symptoms of a 70 year-long structure of control and forcible transfer, and therefore, “understanding the Nakba is essential for understanding these diverse and prolonged phenomena”.

Supporting the next generation of Palestinians

Concluding his presentation, he urged greater UK political and material support for UNRWA, the end to UK complicity in Israel’s breaches of international law, and for the government to back mechanisms of international accountability to uphold Palestinian rights.  Pointing to the ‘Great March of Return’, he argued the mass demonstrations showed a new generation of Palestinians were aware of their rights and committed to upholding them, adding “it was a moral and legal duty of UK government and civil society to support Palestine’s future”.